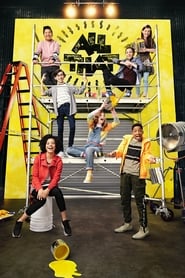 IMDb: 8 2019 2 views
Pop-culture phenomenon All That is returning for a new generation of kids. The new weekly sketch-comedy series will showcase an all-new cast of ...
Comedy

IMDb: 5.5 2005 2 views
Go, Diego, Go! is a children’s television series created by Chris Gifferd and Valerie Walsh, and is a spin-off of Dora the Explorer. The ...
Animation

IMDb: 8.3 2005 3 views
In a war-torn world of elemental magic, a young boy reawakens to undertake a dangerous mystic quest to fulfill his destiny as the Avatar, and ...
ActionAdventureAnimationFantasy